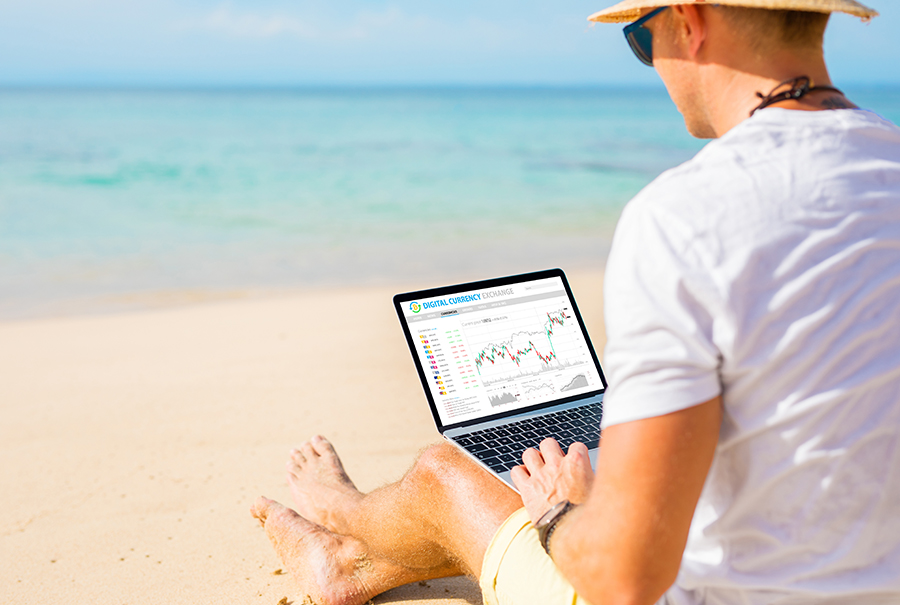 In the Aftermath of the Recent Retail Trading Frenzy, Will Synthetic Identity Fraud Be On The Rise?

It’s hard to miss the talk about the massive movement of the stock market lately, particularly around the brands that many millennials find nostalgic. While so many eyes are on the stock market and the intense volatility of a handful of dramatically moving stocks, financial institutions and stock trading platforms have one eye on another potential problem that may be using the situation to slip in: synthetic identity fraud.

While there are plenty of legitimate retail traders making questionable purchases, the sheer quantity of new investors in the marketplace (and the amount of movement) makes this time a prime opportunity for fraudsters to get established.

Disclaimer – no actual fraud has been reported yet, but this is the type of volatile environment that cyber criminals prey upon. Thompson Reuters has reported that synthetic identity fraud is one of the fastest growing crimes in the US, and it is likely to infiltrate nearly any digital arena without rigorous identity proofing.

The Origin of a Synthetic Identity

There are varying degrees of synthetic, or fraudulent, identities, with differing purposes depending on the level of effort needed to set them up.

One of the most common types of synthetic identities is taking a real social security number, typically from someone with little to no actual credit history (such as infants or children). Alternatively, real data of individuals can be combined with fake social security numbers to create a fraudulent identity. In either case, fake data is merged with real data to create a “person” that doesn’t actually exist – hence the descriptor of “synthetic identity”.

The blend of real data with fake data makes finding synthetic identities significantly more challenging than outright identity theft, due largely to the lack of an immediate victim. While social security numbers stolen from children or newborns aren’t likely to be discovered for years or even decades, legitimate data combined with fake social security numbers may never be detected at all. This is problematic, as the primary way of discovering identity theft is typically by the person whose identity was stolen. Without an actual victim to realize their information is being used fraudulently, financial institutions often don’t catch this type of fraud.

Synthetic identities are sometimes made to get around issues with low credit scores or other background issues that can prevent opening up credit cards, bank accounts, or obtaining loans. For anyone unable to open up a trading account, or who wants to open multiple, a synthetic identity can be a way to do so.

Why Synthetic Identities Look So Convincing

Part of how a synthetic identity is set up to look real is through a period of time spent making legitimate transactions. There’s some setup to get to a legitimate ability to spend, of course. The criminals setting up the fraudulent identities take advantage of credit card processes, applying for a card with a new identity that is often rejected due to a lack of credit history.

However…by running a credit check on the synthetic identity, the credit card provider has just created a credit file for the fake identity. Fraudsters then continue to apply for credit cards until one accepts them, usually for a low limit. By spending months (occasionally, years!) building up good credit by spending small and paying off in full each month, the synthetic identity is granted larger and larger lines of credit.

Once the fraudulent account is able to spend the amount that the fraudster is after, they’ll max out the accounts and then disappear, leaving the financial institution on the hook for the money. Aite Group estimates that the cost of synthetic card fraud will be over $1.25 billion in 2020, and the number is only expected to go up from there.

Catching the culprits is difficult, bordering on impossible in most cases. Since none of the information used to make the account was actually tied to the fraudster themselves, catching them often relies on waiting for them to slip up. Unfortunately, most credit card fraudsters have creative methods to get around potential identification, such as using freight forwarders or what’s known as “triangulation fraud”.

Most Synthetic Identities are Committing Credit Card Fraud – How Is This Related to the Retail Trading Frenzy?

Almost all of these methods are to get cash in the criminal’s account through fraudulent purchases, rather than trying to set up legitimate banking accounts for cash.

Could the cash gained in this way be used for stock trading? Probably, although documenting where the money came from when trading in a highly scrutinized industry such as the stock market is likely to prove problematic. Instead, trading in bitcoin or other cryptocurrencies is a far more probable way that criminals could use this ill-gotten cash for trading.

Some investors recommend using prepaid debit cards to purchase stock instead, which can also be a way to convert fraudulently gained cash into easier to spend channels. Prepaid debit or gift cards are a common scheme for gaining fraudulent cash and is often seen as a request in phishing scams. Whether criminals are truly using them for meme-motivated retail trading is anyone’s best guess, however.

Prevention is the Easiest Cure

The stock market is one of the most heavily regulated and scrutinized sectors of the financial market, with stiff fines and penalties for any trading platforms or individuals found to be out of line in any way. This strongly incentivizes trading platforms to protect themselves against identity fraud, and to make it very challenging to actually set up accounts without legitimate identification.

Identity proofing, therefore, is a clearly effective preventative measure against synthetic identities. By allowing only individuals whose identities can be proven to open accounts, financial institutions (whether stock brokerages, banks, or credit card providers) can drastically reduce their instances of identity fraud. Using an Identity as a Service provider, such as Q5id, can make identity proofing into a simple 3 minute process that can even be done remotely. By using biometrics as an authentication and identity verification method, the challenge of creating a synthetic identity rises exponentially. It’s one thing to steal the data for someone’s billing address and date of birth, but quite another to spoof their face and palm geometry and their speech patterns.

We are likely to see varying levels of fallout from this unique period of trading in the months to come, including reports on fraud, loss, and theft taking place during the times with the most activity. What financial institutions do to protect themselves against losses due to fraud as a result will remain to be seen.